Become a Member
Latest COVID-19 Information and Resources
Read
As a part of our efforts to protect the health of our employees, US Equestrian is working under a flexible work plan for our staff. As we transition to this modified format, there may be interruptions to service. We will do our best to have all services fully functioning as quickly as possible. Customer Care can be reached by emailing [email protected], online chat or leave a voicemail by calling (859) 258-2472. Thank you in advance for your understanding and patience.

“Reining is a judged event designed to show the athletic ability of a ranch type horse in the confines of a show arena. In Reining competitions, contestants are required to run one of several approved patterns which are divided into seven or eight manoeuvre groups. Each pattern includes small slow circles, large fast circles, flying lead changes, rollbacks over the hocks, a series of 360 degree spins done in place, and the exciting sliding stops that are the hallmark of the reining horse.” - Fédération Equestre Internationale (FEI)

Reining became an FEI discipline in 2000. Since the discipline’s inception at the 2002 WEG (Jerez de la Frontera, Spain) the U.S. Reining Team has won the gold medal at all four Games. The U.S. has won a total of nine individual medals, three gold, four silver, and two bronze, and has made an appearance on the podium at all four of the past WEGs, as well.

Dear USEF Members, The COVID-19 Pandemic has created significant challenges the world over and USEF greatly appreciates those of you who have chosen not to compete in accordance with our statement issued on March 13, 2020 . USEF extends our thanks to you for joining us in our community-wide effort to responsibly address the COVID-19 virus outbreak. We will continue to closely monitor the situation and provide our members and competition organizers with updates every 10-14 days, or sooner if... 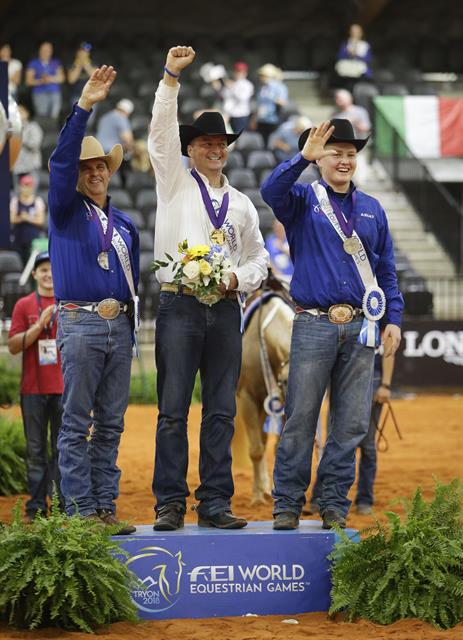 Photo by US Equestrian/Taylor Penced Mill Spring, N.C. – An electrifying crowd and highly competitive runs from 22 combinations proved to be just the atmosphere needed for U.S. reiners Dan Huss and Cade McCutcheon as they fought for their spot on the podium Saturday evening in the Individual Reining Final at the FEI World Equestrian Games (WEG) Tryon 2018. Fresh off their gold-medal finish with the U.S. Reining Team on Wednesday evening, Huss (Scottsdale, Ariz.) and McCutcheon (Aubrey,... 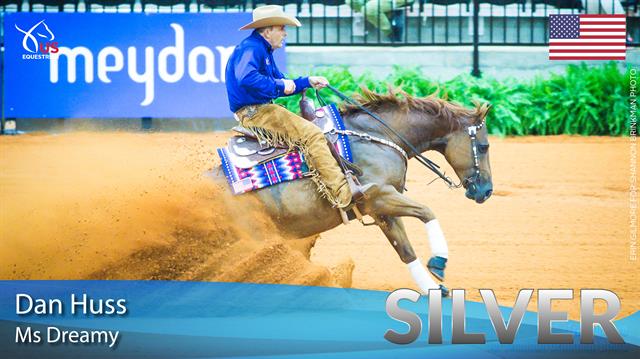 Mill Spring, N.C. - In an exciting Reining Individual Final at the FEI World Equestrian Games Tryon 2018, it was Dan Huss and Ms Dreamy who claimed the individual silver medal.Cade McCutcheon and Custom Made Gun collected the individual bronze medal following a run-off. Bernard Fonck and What a Wave from Belgium earned the individual gold medal. More news and photos to follow. The USEF International High Performance Programs are generously supported by the USET Foundation, USOC, and USEF... 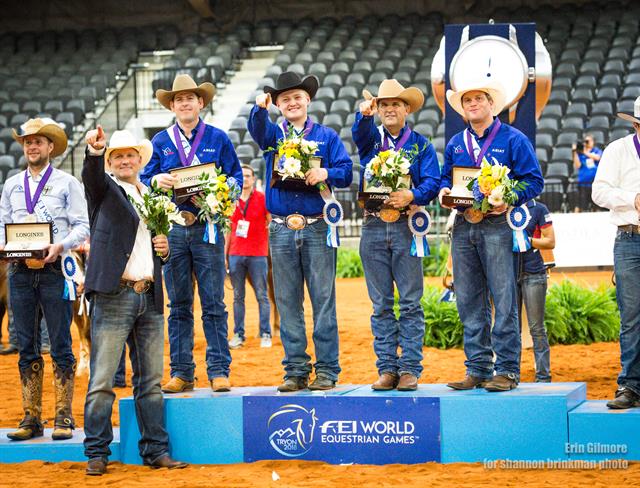 Mill Spring, N.C. – The U.S. Reining Team turned in an epic performance to start the FEI World Equestrian Games (WEG) Tryon 2018 on a high note for the U.S. contingent. Under the guidance of Chef d’Equipe Jeff Petska, the team of Casey Deary and Heavy Duty Chex, Dan Huss and Ms Dreamy, Jordan Larson and ARC Gunnabeabigstar, and Cade McCutcheon and Custom Made Gun clinched the fifth consecutive team gold medal for the U.S. with a score of 681.0. The U.S. Reining Team, 2018 WEG team... 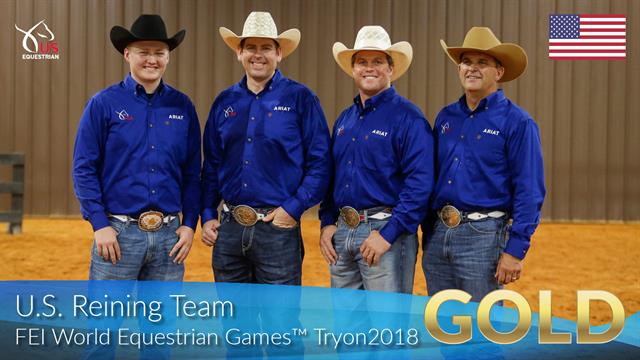 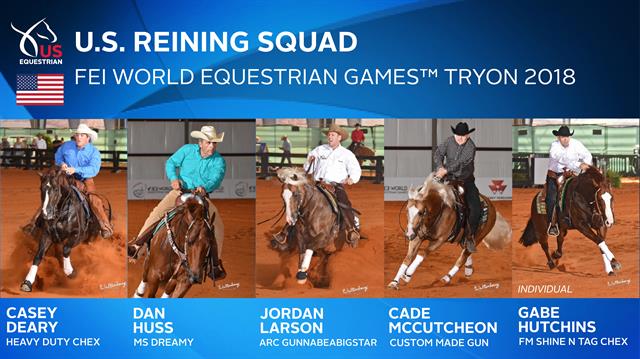 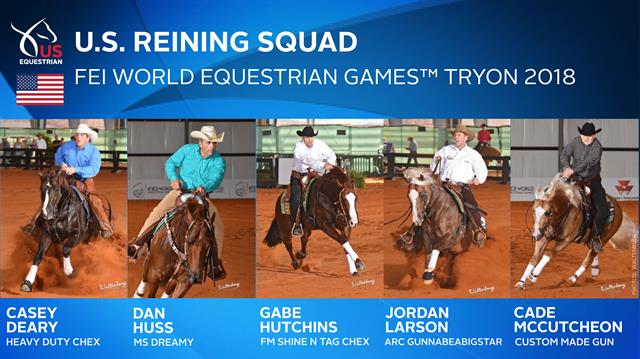 US Equestrian Announces Substitution of Combination for the U.S Reining Squad

Lexington, Ky. – US Equestrian announced today that Gabe Hutchins (Joseph, Ore.) and FM Shine N Tag Chex, a seven-year-old Quarter Horse stallion owned by Tamarack Ranch, will step in as a substitute combination for the U.S. Reining Squad at the FEI World Equestrian Games™ (WEG) Tryon 2018. Hutchins and FM Shine N Tag Chex were named as a reserve combination when the U.S. Reining Squad was announced in May, and will now serve as substitutes for Tom McCutcheon (Aubrey, Texas) and The...

Lexington, Ky. - The United States Equestrian Federation (USEF) is pleased to announce the athletes and horses who will represent the U.S. at the SVAG FEI World Reining Championships in Givrins, Switzerland, August 11-13, 2016. The U.S. will be represented by the following combinations (in alphabetical order): Shane Brown (Elbert, Colo.) with Susan Geiger's Wind Er Up Wimp, a 2009 Quarter Horse stallion Troy Heikes (Scottsdale, Ariz.) with Denise Bixler and Steve Tarani's RSD One Hot...

Caen, France - The United States upped its medal count by three today in the FEI Reining World Championships at the 2014 Alltech FEI World Equestrian Games. In the Individual Final, the Adequan U.S. Reining Squad swept the podium with combinations putting in amazing performances. A field of twenty one riders hoped to top the leaderboard in front of an enthusiastic crowd at the Caen Exhibition Center but leading the way was Shawn Flarida who claimed the Individual Gold medal, Andrea Fappani...
1 2 3 »