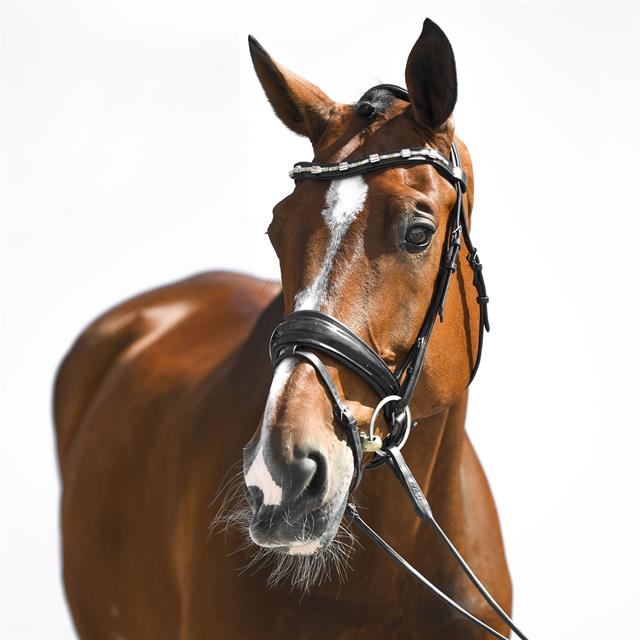 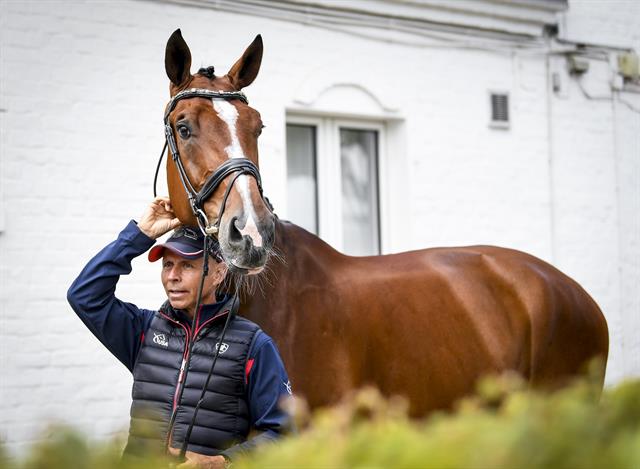 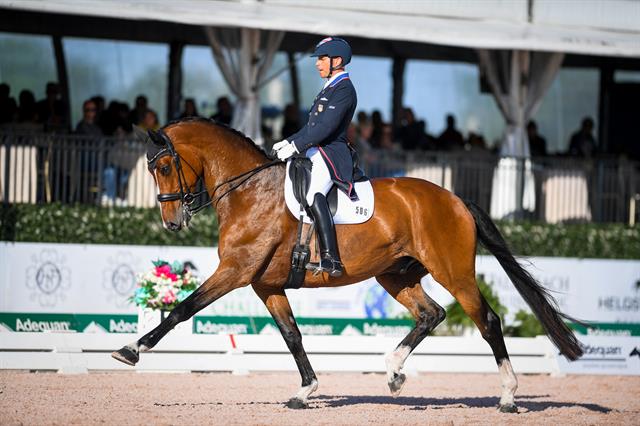 After starting his career with Germany’s Helen Langehanenberg, Suppenkasper, a.k.a. Mopsie, joined U.S. dressage athlete Steffen Peters’ stable in 2018 and has been one of the country’s top dressage horses ever since. The pair started strong, winning every Grand Prix, Grand Prix Special, and Grand Prix Freestyle across four weeks of the West Coast Dressage Festival in the winter of 2018 before traveling to Europe for the summer. Among the highlights of that tour were wins in the CDI4* Grand Prix and Grand Prix Special at Leudelange in Luxembourg and top-five finishes in the CDI4* at CHIO Aachen. The pair were then named to The Dutta Corp. U.S. Dressage Team for the FEI World Equestrian Games™ Tryon 2018.

Mopsie and Peters were back to their winning ways in 2019, taking first place in the Grand Prix and Grand Prix Special at the Adequan® West Coast Dressage Festival I CDI3* and again in the CDI3* Grand Prix at AWCDF III. They were part of the bronze medal-winning team that summer at the FEI Dressage Nations Cup Germany CDIO5* at Aachen.

Peters and Mopsie were part of the silver medal-winning U.S. Dressage Team at the Tokyo 2020 Olympic Games, where they also placed in the top 10 in the Grand Prix Special and Grand Prix Freestyle to Music. Their lively freestyle to a medley of electronic dance music brought them a new level of fame to mainstream audiences, with Mopsie earning the moniker “Rave Horse” after being featured in a viral TikTok.