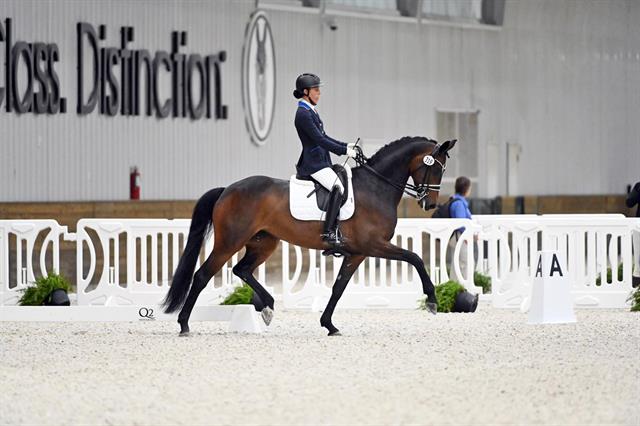 Quiana has been shown by Paralympian Kate Shoemaker since early 2022. She was previously shown in young horse classes by Nicole Wego-Engelmeyer (GER) through her 7-year-old year.

With Shoemaker, “Q” was named to the Adequan® U.S. Para Dressage Team for the CPEDI3* in Doha, Qatar, in February of 2022, where they swept all three tests in the Grade IV and helped the U.S. team finish in second place. From there, they had a successful outing in the CPEDI3* in Randbel, Denmark, where they finished in second place in both the FEI Team and FEI Individual Grade IV tests and third in the Grade IV Freestyle.

Upon returning to the U.S. in the spring of 2022, Quiana and Shoemaker competed at the World Equestrian Center Dressage III where they won the USEF Third Level Test 3 and Test 1 with scores in the 70s.