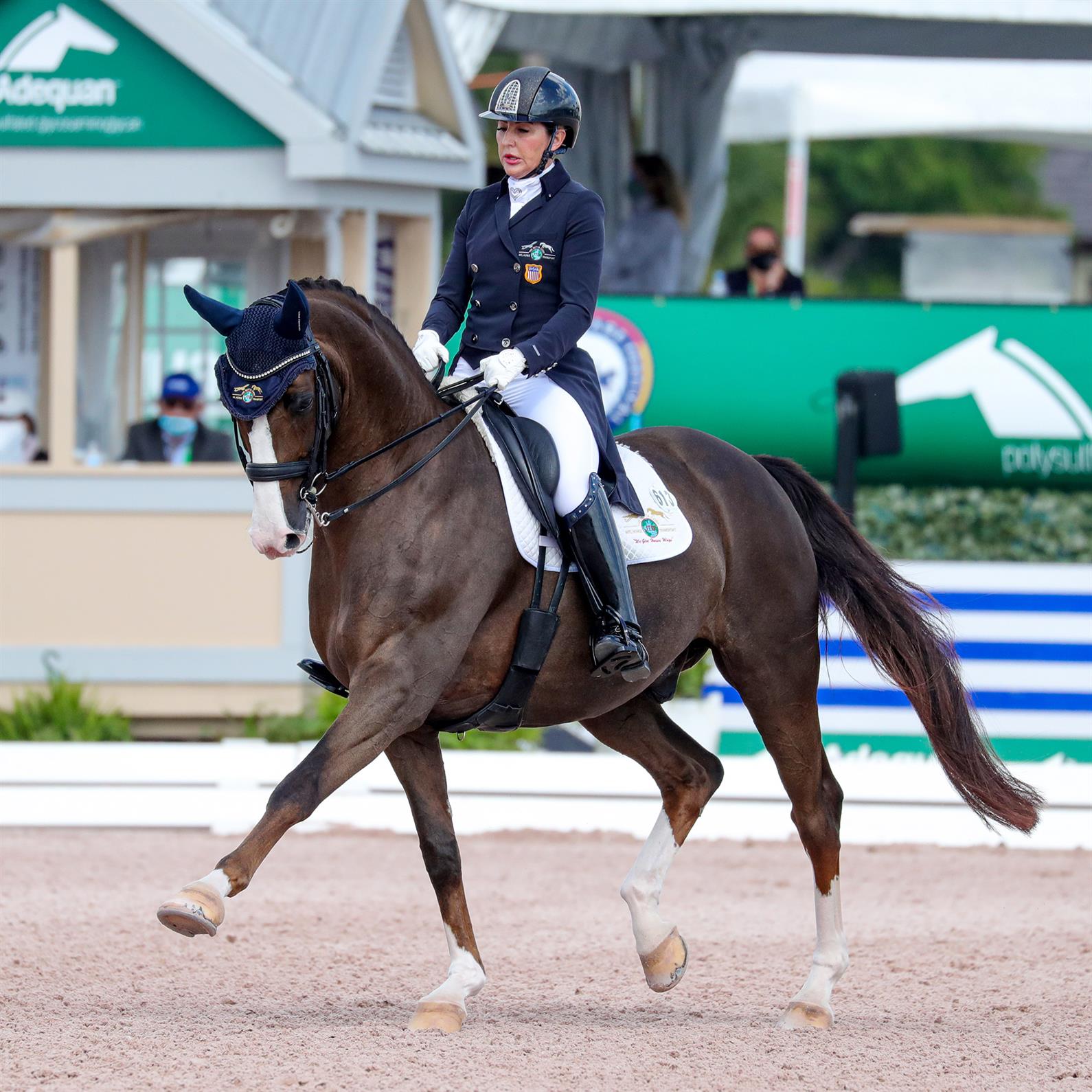 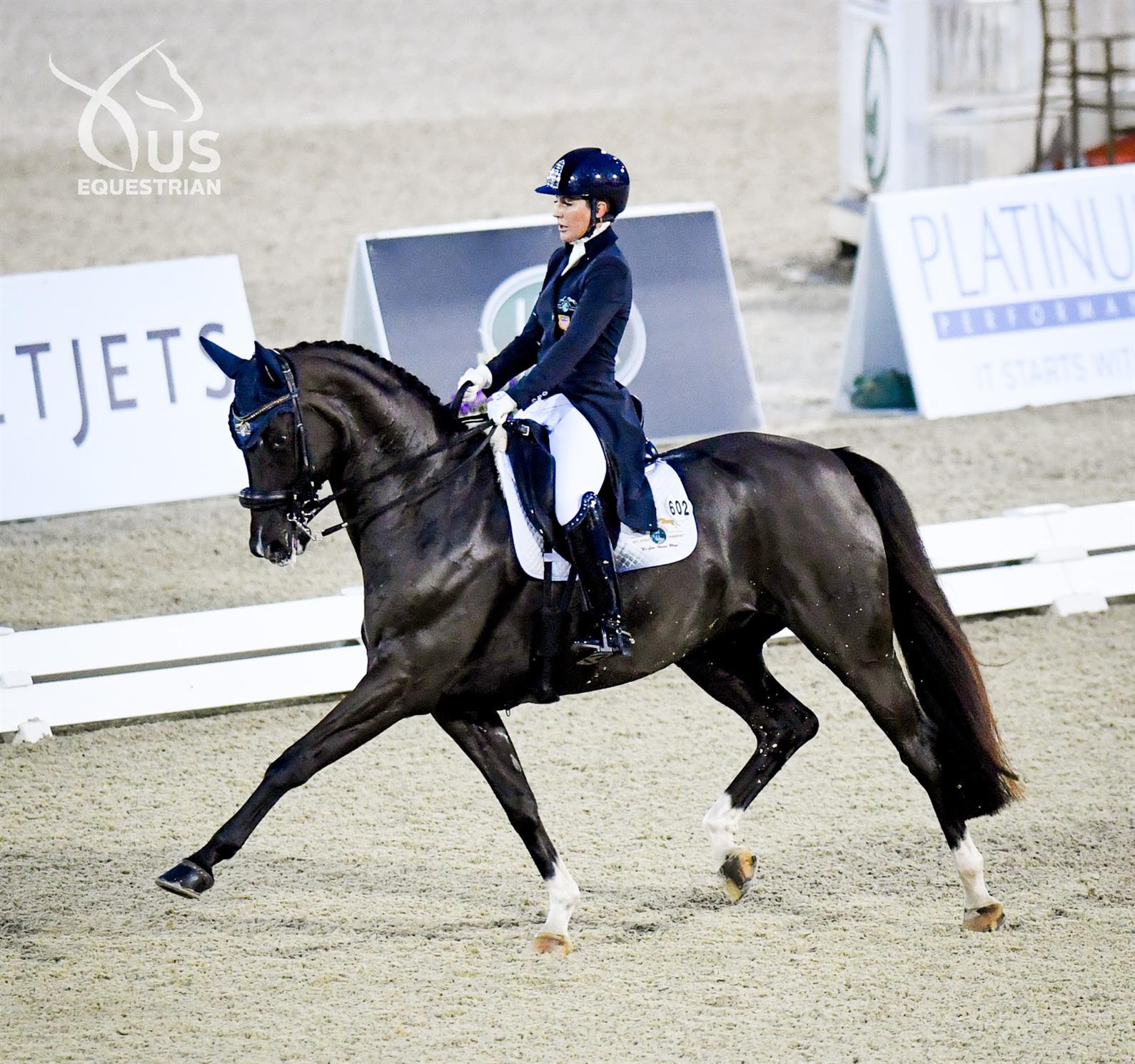 Susan Dutta kicked off 2021 with a successful run at the 2021 Adequan Global Dressage Festival, where she placed second in the FEI Grand Prix and Grand Prix Special CDI3* at Week 7 with her own Hanoverian gelding, Don Design DC. At week 12, she won the FEI Grand Prix CDI3* with Tim Dutta’s Oldenburg gelding, Figeac DC.

With her longtime partner Currency DC, Dutta represented the U.S. at several FEI Nations Cup competitions, including the CDIO5* at Falsterbo, Sweden, in 2015, the CDIO3* at Odense, Denmark in 2016, and as part of the bronze-medal-winning team at Hickstead in the United Kingdom in 2017.

With Gumshoes DC, Tim Dutta’s Dutch Warmblood gelding, Dutta was selected as the alternate for the U.S. Dressage Team for the 2007 Pan American Games in Rio de Janeiro.