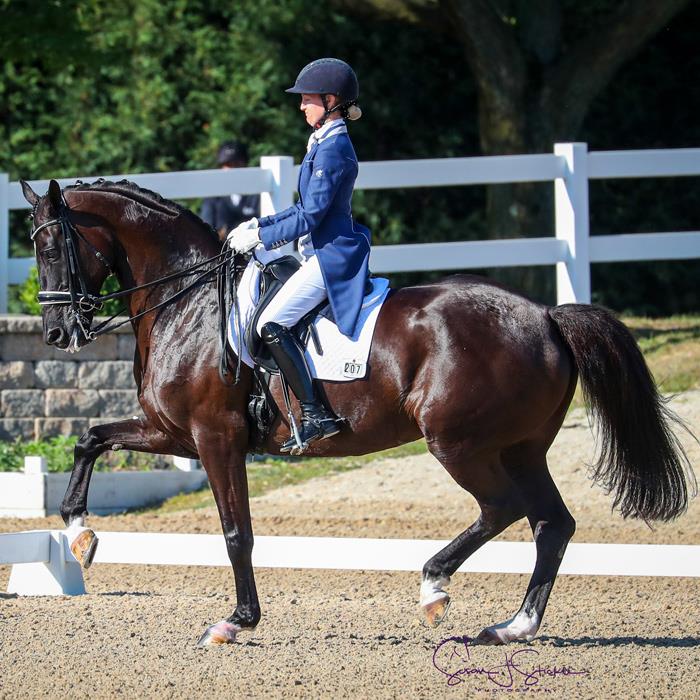 Alice Tarjan has a history of success competing her own young horses through the levels. In 2020, she took home multiple titles from the U.S. Dressage Festival of Champions, including the Markel/USEF Developing Horse Grand Prix Dressage National Championship with her Oldenburg mare, Donatella M. She was reserve in the same class with her KWPN stallion, Harvest. With her Danish mare, Gjenganger, she won the Markel/USEF Young Horse Four-Year-Old Dressage National Championship.

With her top horse, the Hanoverian mare Candescent, Tarjan has had good results at the grand prix level, including a win in the FEI Grand Prix Special CDI3* at week 12 of the 2021 Adequan Global Dressage Festival. In 2019, the pair won the Grand Prix and Grand Prix Freestyle in the Amateur Adult division at US Dressage Finals presented by Adequan and USDF.