Historically referred to as the “Horse America Made,” the American Saddlebred has a long and proud history, from the battlefields of Gettysburg to the bright lights of Madison Square Garden and a tremendous legacy of service in between. When Thoroughbreds made their first appearance in North America during the 1700s, the colonists began crossing them with the Pacer. The resulting breed first known as the American Horse, quickly became extremely popular; so much so that in 1776, an American diplomat in France issued a letter to the Continental Congress proposing a gift of an American Horse to Marie Antoinette. Civil War generals the likes of Robert E. Lee, Ulysses S. Grant, William Sherman, and Stonewall Jackson chose American Saddlebreds as their war-time mounts

Today, the American Saddlebred personifies the ultimate show horse. Proud, upright carriage with neck arched and ears forward, the American Saddlebred dominates the saddle seat disciplines with its elegant and powerful high-stepping action. In addition to the three typical gaits – walk, trot, and canter – the five-gaited American Saddlebred is known for its unique, distinctive, and exceptionally smooth-riding gaits known as the slow gait (a highly-collected movement executed very slowly and in which each of the four feet strike the ground separately) and the rack (in which footfalls are similar to the slow gait, but the movement is performed at greater speed, with more animation and brilliance, and with little collection). In addition to its animated style and brilliance in the show ring, the American Saddlebred’s willing attitude, big heart and bravery make it an equally suitable candidate for other disciplines as well, including dressage, combined driving, and jumping. American Saddlebreds typically stand between 15.1 and 16.3 hands in height and, true to their showman style, can be of any color ranging from black, bay, grey, and chestnut to palomino and pinto. A thrilling show horse, a true and loyal companion and an incredible athlete, the American Saddlebred is a horse for everyone. 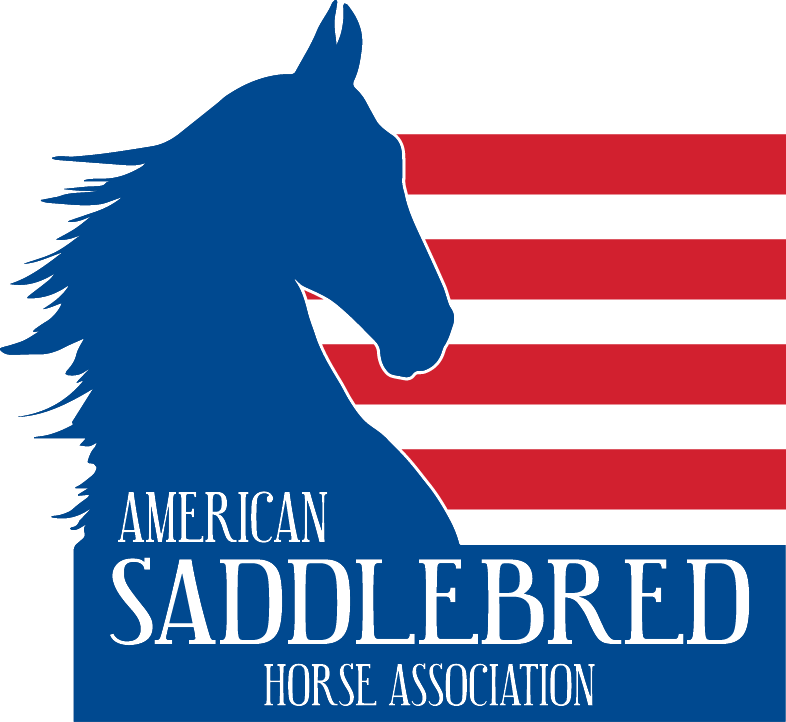 You can visit the American Saddlebred Horse Association at their website:  asha.net