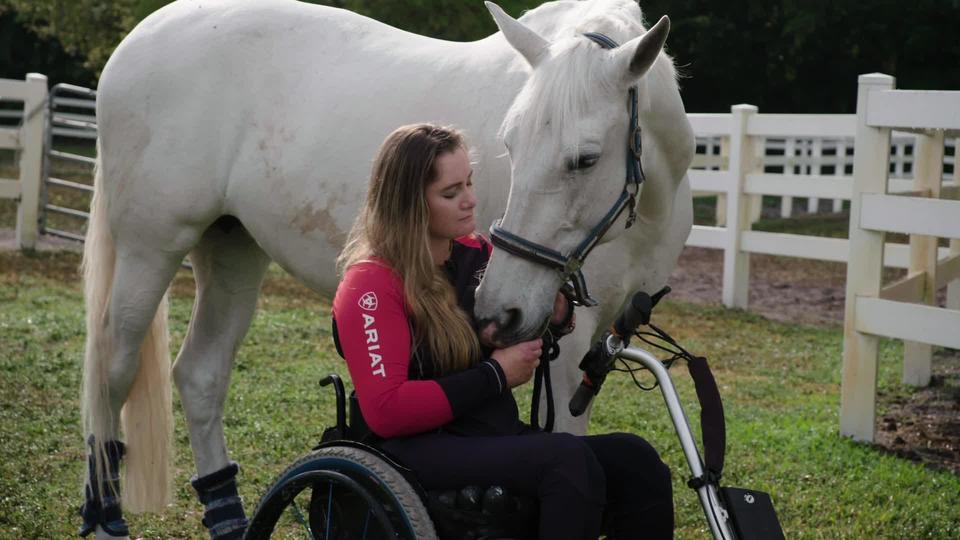 I Am US Equestrian: I Feel Free

Horses have always been a mainstay of Bea de Lavalette's life. Her devotion to horses, and their importance in her life, was never more clear than in 2016. Bea, then 17, was caught up in a terrorist attack at the Zaventem International Airport in Brussels, Belgium, on March 22, 2016, which resulted in the loss of her lower legs, among numerous other injuries. In the months afterwards, Bea endured several surgeries and a months-long stay in an intensive care unit.

Five months later, while in a rehabilitation facility at the hospital, Bea hit rock bottom. That's when her mother, Elizabeth, arranged to bring Bea's beloved mare, DeeDee, for a surprise visit to the hospital.

"That was what I needed to boost me back to life," Bea said. "Horses helped me through the accident by being there and giving me hope, which is something that I lacked a lot of. Having hope is really hard to find, and having the horses around, they give me something to thrive for."

After returning to the saddle, Bea teamed up with California-based dressage trainer and Grand Prix dressage rider Shayna Simon, who had not coached a para equestrian before. That relationship has been fruitful and helped put Bea on a path to the 2020 Tokyo Paralympic Games. "Though she never has worked with a para rider before, she is a quick study and has improved my work substantially in a short period of time," Bea wrote on her website, beaparathlete.org.

Bea made her first appearance in Wellington, Fla., during the 2019 season with DeeDee, a P.R.E. (Pure Spanish Horse) mare whose registered name is Delegada X. DeeDee is now in semi-retirement and works with other para-equestrians. With Duna, a Dutch Warmblood mare purchased in 2019, Bea made her Adequan® U.S. Para Dressage Team debut at the Adequan Global Dressage Festival 3 CPEDI3* in January 2020, where she posted scores in the 70s to place second in the FEI Grade II Freestyle and help win the team competition.

In 2021, Bea qualified for the U.S. Para Dressage Paralympic Team with a new horse, Clarc, a Dutch Warmblood that she owns with her family and with whom she swept the 2021 Grade II division in the CPEDI3* at Adequan Global Dressage Festival 3. 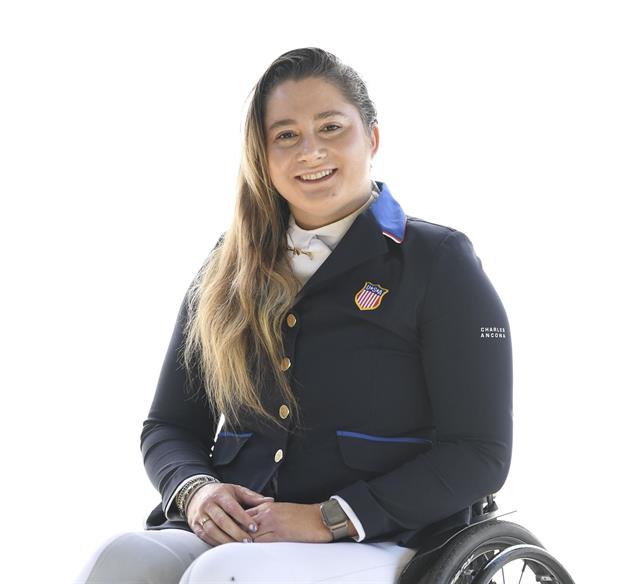 Paralympian Beatrice de Lavalette made her Adequan U.S. Para Dressage Team debut at the Adequan Global Dressage Festival (AGDF) 3 CPEDI3* in January 2020. She posted scores in the 70s with Duna, the 2008 KWPN mare she owns with Elizabeth and Nicolas de Lavalette, to place second in the Grade II Freestyle and help win the team competition.

In 2021, de Lavalette made her Paralympic debut as part of the U.S. Para Dressage Team at the pandemic-delayed 2020 Tokyo Paralympics.

De Lavalette lost both of her lower legs in the 2016 bombing at the Brussels Airport in which more than 30 people were killed and 300 injured. She started riding again five months after the attack, returning to the saddle with Delegada X (“DeeDee”), the 2002 PRE mare who has been her equine partner since January 2014. De Lavalette shares her incredible story as a motivational speaker. In January 2019, she was a featured speaker at the Equestrian Businesswomen Summit in West Palm Beach, Fla. In 2020, she and trainer Shayna Simon departed Shannon and Steffen Peters’ Arroyo Del Mar to settle in the Wellington, Fla., area where they now run a high-performance dressage training facility.

Keep up with news about Bea de Lavalette at beaparathlete.org. 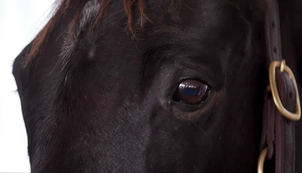 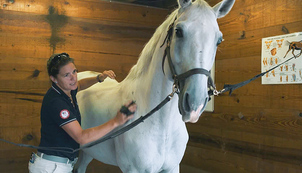 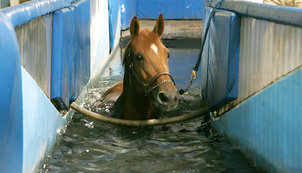 Horses as Athletes: Rehabilitation & Therapy
Kirsten Johnson
This Learning Center is provided solely as an informational and educational service to US Equestrian members. This Learning Center is not intended to nor does it constitute legal, medical, or veterinarian advice or opinions and should not be relied upon as such. By using this Learning Center, you agree to this disclaimer and recognize that it may be necessary to seek the advice of an attorney, medical physician, or equine veterinarian licensed to practice in the appropriate area.