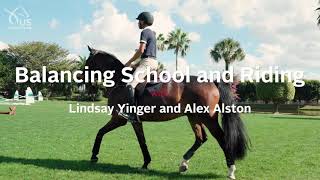 Being both a student and a competitive equestrian requires balancing your academic and sporting demands. In this video, trainer and parent Lindsay Yinger and student equestrian athlete Alex Alston discuss how strategies like using technology for remote learning, maintaining strong communications, and employing a tutor can help. And they illustrate the fact that many of the skills required to be a good student are similar to the skills equestrians already are incorporating in their equestrian training and competition settings. This video is brought to you by Upper Echelon Academy. 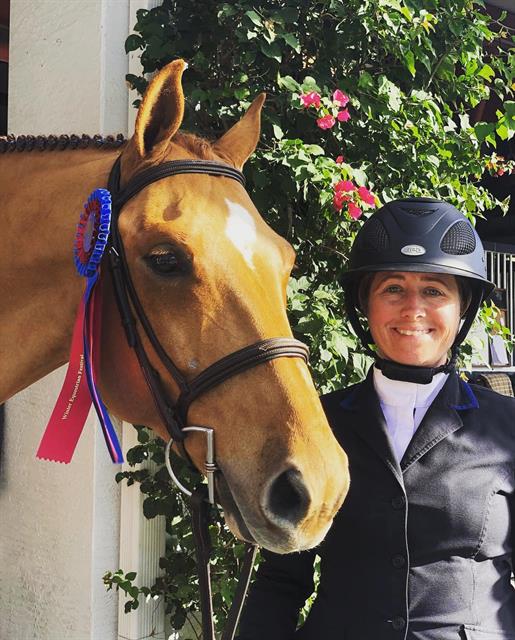 Lindsay Yinger, owner/trainer of Lindsay Yinger Show Stables, began riding at age nine. From the very beginning, she knew she had found her true passion and began working at the stables to pick up a few rides a week and lessons, leading to a working student position over the next few years. Showing as a junior in the 3’ and 3’6” divisions, she also did a lot of catch-riding, collecting invaluable experience.

Yinger began her teaching career in 2002 while earning her degree in veterinary technology. She went on to work for Dr. Bill Patterson, an internationally recognized FEI lameness veterinarian. Her background in veterinary medicine gives her a strong knowledge of maintaining soundness in performance horses.

Yinger established Lindsay Yinger Show Stables in 2006. She continues her riding career and trains her own students, horses, and Interscholastic Equestrian Association team to numerous regional, zone, and national championships and awards. In addition to operating her own business, she also has coached for Otterbein University since 2010, leading the college team to many region, zone, and national titles. 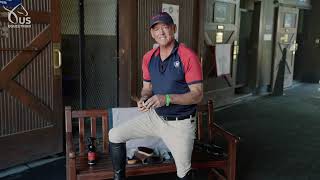 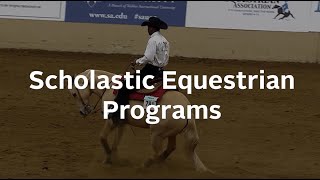 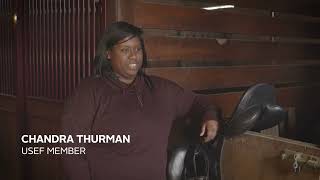 I Am US Equestrian: You Can Do This
Chandra Thurman 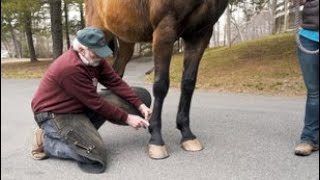 Common Hoof Problems
Stephen E. O’Grady, DVM, MRCVS
This Learning Center is provided solely as an informational and educational service to US Equestrian members. This Learning Center is not intended to nor does it constitute legal, medical, or veterinarian advice or opinions and should not be relied upon as such. By using this Learning Center, you agree to this disclaimer and recognize that it may be necessary to seek the advice of an attorney, medical physician, or equine veterinarian licensed to practice in the appropriate area.