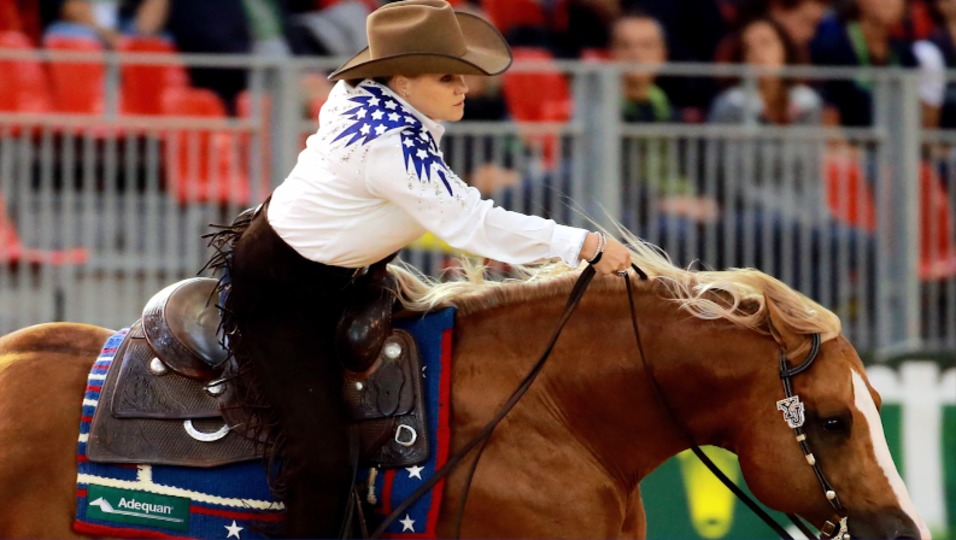 Watch a video introduction to reining on an international level featuring some of the sport’s brightest stars.

To learn more about the sport of reining, please visit USA Reining and US Equestrian’s reining page.

Rick Weaver currently serves at the USA Reining president and is a past president of the National Reining Horse Association. He has over 40 years of instruction and training experience and is a multiple NRHA World Champion and an NRHA Futurity Champion. He is also a qualified American Quarter Horse Association and NRHA judge who has judged many prestigious reining and quarter horse competitions. Weaver is in the NRHA Hall of Fame.

Tom McCutcheon and his wife Mandy own Tom McCutcheon Reining Horses, Inc.—one of the premier reining training, breeding, and rehabilitation facilities in the United States—in Aubrey, Texas. Tom McCutcheon is one of the reining industry's leading riders, with lifetime earnings exceeding $1.6 million. His accolades include an NRBC Open Championship, NRBC Reserve Championship, two National Reining Horse Association Derby Reserve Championships, multiple NCRHA Open Futurity Championships and multiple NRHA Futurity Finalist. On the international stage, Tom is a two-time USET Reining Championship winner. As a member of the 2002 U.S. Reining Team at the FEI World Equestrian Games in Jerez, Spain, he helped Team USA bring home a team gold medal and also won an individual silver medal aboard Conquistador Whiz. In 2010, he and Gunners Special Nite, owned by Turnabout Farm, won an individual gold and also were part of the gold medal team. And in 2014 he was on the gold medal-winning U.S. Team at the Alltech FEI World Equestrian Games in Normandy, France. Tom was named the United States Equestrian Federation’s Equestrian of the Year in 2010, the same year Gunners Special Nite received the USEF Horse of the Year award. Tom also serves as a member of the NRHA Executive Committee and the NRHA Investment Committee.

Mandy McCutcheon is one of reining’s leading riders and the only woman and non-professional to surpass $2 million in winnings. She also is the first woman to earn both Million Dollar Rider and Million Dollar Owner status; she has owned more than 60 horses, including four that she rode to NRHA non-Pro Futurity Championships: Hollywoods Striker, Mi Hollywood Darlin, West Coast Mizzen, and Ms Whiz Dunit. She was inducted into the National Reining Horse Association Hall of Fame in 2011. Mandy’s father is world-famous reiner Tim McQuay, an NRHA Two Million Dollar Rider who won team gold and individual silver medals at the 2006 FEI World Equestrian Games in Aachen and team gold at the 2010 Alltech FEI World Equestrian Games in Lexington, Kentucky. Among many other achievements, in 2014 Mandy was named Adequan/USEF Open Reining National Reserve Champion with Yellow Jersey. They earned a spot alongside Tom on the Adequan U.S. Reining Team for the 2014 Alltech FEI World Equestrian Games in Normandy, France, and went on to win team gold and an individual bronze medal. Mandy is the first woman and non-professional ever to represent the U.S. at a reining world championship.

Troy Heikes, a member of the United States’ 2016 FEI World Reining Championships Team, is a professional trainer with over $500,000 in lifetime NRHA earnings. He has made the finals of every major NRHA category-two event, including the NRHA Open Futurity, the NRHA Open Derby, the NRBC, CRBC, and the AQHA Congress Futurity. Heikes also is a multiple APHA World Champion and AQHA World Show finalist. He owned the highly successful Jacs Electric Spark, an NRHA Open Futurity & Derby Finalist and NRBC Finalist with over $85,000 in NRHA earnings. Heikes and Lil Gun Dunit were members of the Adequan U.S. Reining Squad at the 2014 Alltech FEI World Equestrian Games in Normandy, France. Heikes and his wife, Andrea, own and operate Troy Heikes Quarter Horses in Scottsdale, Arizona.

To learn more about Troy Heikes, please visit his website.

Jeff Petska has served as chef d’equipe for four gold medal-winning teams at the Alltech FEI World Equestrian Games. He is an accomplished coach, trainer, rider, and judge. With his wife Lisa, he owns Whitesboro Equine Therapy in Whitesboro, Texas, and Petska Performance Horses in Collinsville, Texas, where he manages and trains at least 50 horses. Petska grew up in Nebraska and got involved in the horse business as a college student at the University of Nebraska at Kearney, where he was on the rodeo team. He has been involved with US Equestrian since 2002, when he was appointed chef d’equipe for the gold medal-winning teams at the 2002 Nations Cup, the 2002 FEI World Equestrian Games in Jerez, Spain, and the 2006 FEI World Equestrian Games in Aachen, Germany. In addition to his outstanding record as a chef d’equipe, Petska also has been an NRHA Open Futurity finalist, an AQHA World Champion, and an AQHA Reserve World Champion. He currently serves as an NRHA judge and an AQHA judge; he also is an NRHA board member and chairs the organization’s NRHA Professionals. 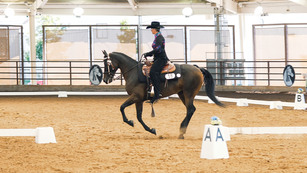 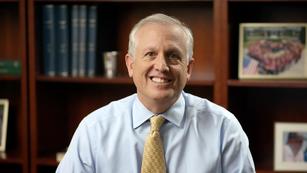